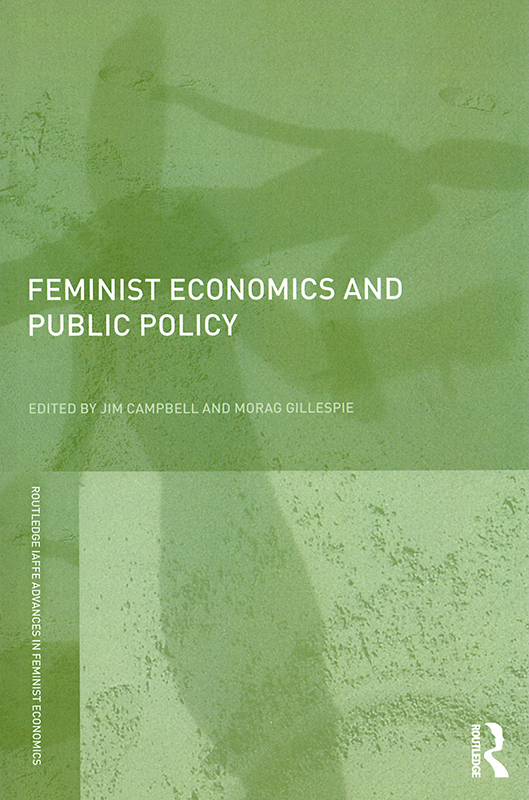 Professor Ailsa McKay, who was known not only for her work as a feminist economist but also her influence on Scottish social and economic policy, died in 2014 at the height of her academic career and impact on public life. Organised around the key themes of Ailsa McKay’s work, this collection brings together eminent contributors to argue for the importance of making womens roles and needs more visible in economic and social policies.Feminist Economics and Public Policy presents a uniquely coherent analysis of key issues including gender mainstreaming, universal childcare provision and universal basic income security, in the context of today’s challenging economic and political environments. It draws on international perspectives to look at the economic role of women, presenting readers with interrelated sections on gender budgeting and work and childcare, before concluding with a discussion on Citizens Basic Income and how it could contribute towards a more efficient, equitable social security system. The theoretical, empirical and practice based contributions assembled here present recommendations for more effective public policy, working towards a world in which women’s diverse roles are recognized and fully accounted for. This book is a unique collection, which will be of great relevance to those studying gender and economics, as well as to researchers or policy makers.

PART I Introduction and appreciation 1(24)

6 Gender budgeting in the capability approach: from theory to evidence 54(7)
Tindara Addabbo

7 In search of a gender budget with `actual allocation of public monies': a wellbeing gender budget exercise 61(10)
Gulay Gunluk-Senesen