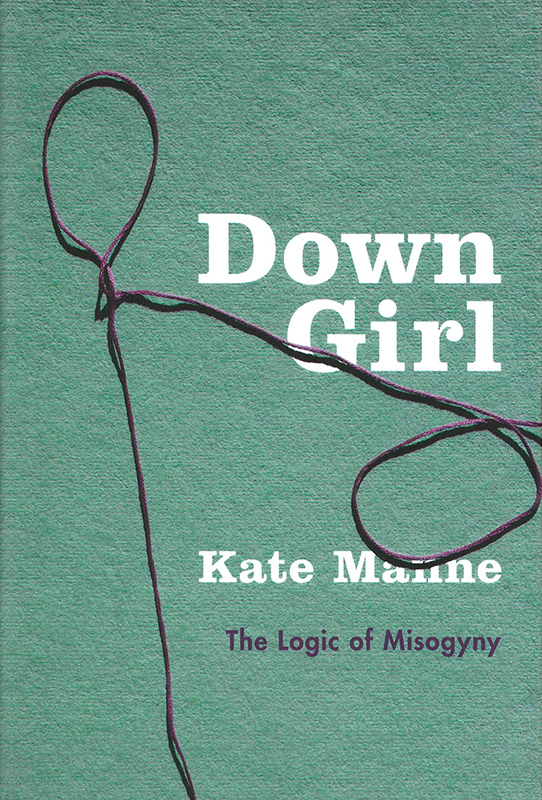 Down Girl: The Logic of Misogyny
Kate Manne

Misogyny is a hot topic, yet it's often misunderstood. What is misogyny, exactly? Who deserves to be called a misogynist? How does misogyny contrast with sexism, and why is it prone to persistor increaseeven when sexist gender roles are waning? This book is an exploration of misogyny in public life and politics, by the moral philosopher and writer Kate Manne. It argues that misogyny should not be understood primarily in terms of the hatred or hostility some men feel toward all or most women. Rather, it's primarily about controlling, policing, punishing, and exiling the "bad" women who challenge male dominance. And it's compatible with rewarding "the good ones," and singling out other women to serve as warnings to those who are out of order. It's also common for women to serve as scapegoats, be burned as witches, and treated as pariahs.

Manne examines recent and current events such as the Isla Vista killings by Elliot Rodger, the case of the convicted serial rapist Daniel Holtzclaw, who preyed on African-American women as a police officer in Oklahoma City, Rush Limbaugh's diatribe against Sandra Fluke, and the "misogyny speech" of Julia Gillard, then Prime Minister of Australia, which went viral on YouTube. The book shows how these events, among others, set the stage for the 2016 US presidential election. Not only was the misogyny leveled against Hillary Clinton predictable in both quantity and quality, Manne argues it was predictable that many people would be prepared to forgive and forget regarding Donald Trump's history of sexual assault and harassment. For this, Manne argues, is misogyny's oft-overlooked and equally pernicious underbelly: exonerating or showing "himpathy" for the comparatively privileged men who dominate, threaten, and silence women.

1. Threatening Women --
The Isla Vista Killings; What Kind of Question Is "What Is Misogyny?" --
What Misogyny Might Be --

2. Ameliorating Misogyny --
Rush Limbaugh on Sandra Fluke --
An Ameliorative, Intersectional Proposal --
The Metaphysical Dependence of Misogyny on Patriarchy --
The Varieties of Misogynist Hostility --
The Epistemology of Misogyny --
(Latent) Misogyny as a Disposition; Misogyny as Systemic, and as Itself Part of a (Much) Larger System The Analysis Exposes Underlying Moral Characteristics of Misogyny --
Misogyny Can Exist with or without Misogynists --
No Man's Island --

3. Discriminating Sexism --
Sexism vs. Misogyny --
Misogyny and Sexual Objectification --
The Art of the Smackdown --
Loving Mothers, Erasing Others; Withholding (from) Women --
Misogyny as Backlash --

4. Taking His (Out) --
Misogyny and Entitlement --
What She Has to Give --
His for the Taking --
Taking Lives: Shame and Family Annihilators --
Looking Ahead --

7. Suspecting Victims --
On So-Called Victim Culture --
What Is a Victim? The Role of Moral Narratives --
(Down)Playing the Victim --
Independent People: A Case Study --

8. Losing (to) Misogynists --
When a Man Competes with a Woman: Comparative Gender Biases --
Social Rejection Is Mediated by Disgust --
Expressions of Disgust toward Hillary --
How Disgust Sticks Keeping One's DistanceCare-Mongering --
Gendered Split Perception; Faking It --
Conclusion: The Giving She --
Bibliography --
Index